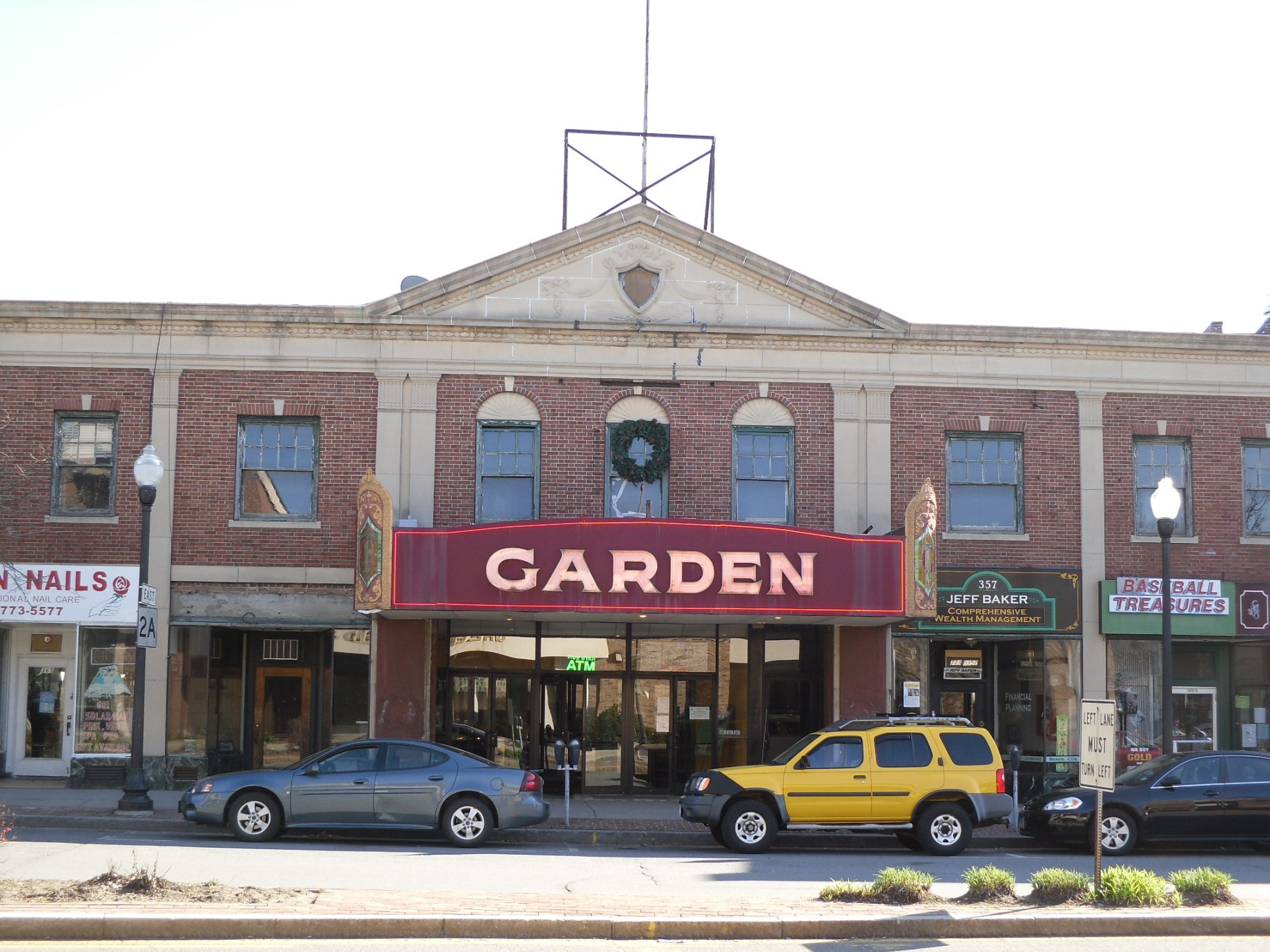 Well, not exactly. But when I was a child in the 1980s, Greenfield, Massachusetts seemed close to the faux 1950s sitcom suburban utopia. It’s my father’s hometown–my grandparents had a ranch-style house at the end of a cul-de-sac. Greenfield was a classic small New England town–a mostly “white ethnic” (Irish, Italian, Polish, etc.) hamlet with a local department store, a small movie theater, and a smattering of stores. My grandmother could feel safe giving me and my sister a dollar to get penny candy at the candy shop.

Things are never as innocent as you remembered as a child, but talking to my relatives who were adults at the time, I don’t think my memories are far off.

A couple of years ago, my partner E. Stephen and I visited Greenfield to see our friend Hans Rickheit’s art show. As we were looking for the art show entrance, a punky-looking teenage girl approached us. Thinking she was also looking for the show, we were taken aback when she rasped, “Can you spare a dollar?”

Her hollow eyes were not the result of eyeliner–it was the addiction etched on her face.

After the show, we wandered about the center of town. Milling about were the usual middle-class suburban couples and families you would see at any mall, but there were also people who obviously had the fog of poverty and addiction hovering around them. Hanging out in the town parklet, not being being able to afford much beyond the Mountain Dew in their hands, waiting for their man, waiting for their disposable cell to buzz… waiting.

It was a familiar sight to me in dark corners of Boston and NYC. It looked absolutely alien in Greenfield, like an ill-conceived movie set.

One shopworn couple sat on a porch bench, watching over their large pug dog with her litter of small puppies. One puppy tried to waddle into the street, and I scooped it up and held its warm, wiggly body against me.

“They are all for sale, if you want one,” said the lady dog owner, smiling a gap-toothed smile.

I told her (honestly) my place didn’t allow dogs. But it occurred to me that selling puppies was one of the few side hustles possible in Greenfield now.

My dad (born in the 1950s) no longer recognizes the town he grew up in. His father was a WWII veteran, and both he and my grandmother worked at the local department store their until their retirement (my father bragged that his mother was the best saleswoman in the lingerie department–she put her beautifully manicured hands into the nylon stockings to display them for customers, marveling at the nylons’ sheerness).

My grandparents bought a house, had a car, raised three children, had an ample pension to live on for the rest of their lives.

Their children grew up to become professionals: a businesswoman, a fire chief, a dentist. Any college debt was either manageable or nonexistent. They had children, vacations, second homes, and cars they bought new.

Lest you think my relatives were unique in their fortune, let me assure you–they were not. Jobs were plentiful, and even their classmates who were junior high school dropouts could get a job at the factory or in the tobacco fields.The dropouts were earning more at the factory than most college students are earning at their first jobs now (and without college debt). They had homes and kids and vacations and cars that started.

But the factories are gone now. You can’t live on a department store salary, let alone qualify for a mortgage. College costs have spiraled into the stratosphere, and there is no guarantee of a job on the other side.

The houses, once (for the most part) painted and repaired often, are now more likely to have the signs of deferred maintenance: peeling paint, settling porches, dangling siding.

And drugs. Like the guest that no-one invited, it creeps in through the backdoor, and then acts like it was supposed to be there the whole time.

But drugs are always the symptom, not the cause. People with no health insurance and three jobs do meth. People with back injuries from work get hooked on Oxycontin before moving on to the hard stuff.

I’m not getting into partisan politics here–I think that has been hashed out in more articles and thinkpieces then can ever be read.

I do want us to think really deeply about poverty and why, while we have gone forward on some social issues (LGBT rights, women’s rights, etc.), we have gone decidedly backwards on economic advancement for all, and we need to find solutions to change it.

As a child of the 1980s, I feel as though my generation had the last view of the bridge that the Great Society built. We’ve stopped paying the bills for its upkeep, and we are watching the blacktop turn to rubble and the steel bars rust to nothing. We are all standing on it and waiting for the sound of the bars finally giving way.